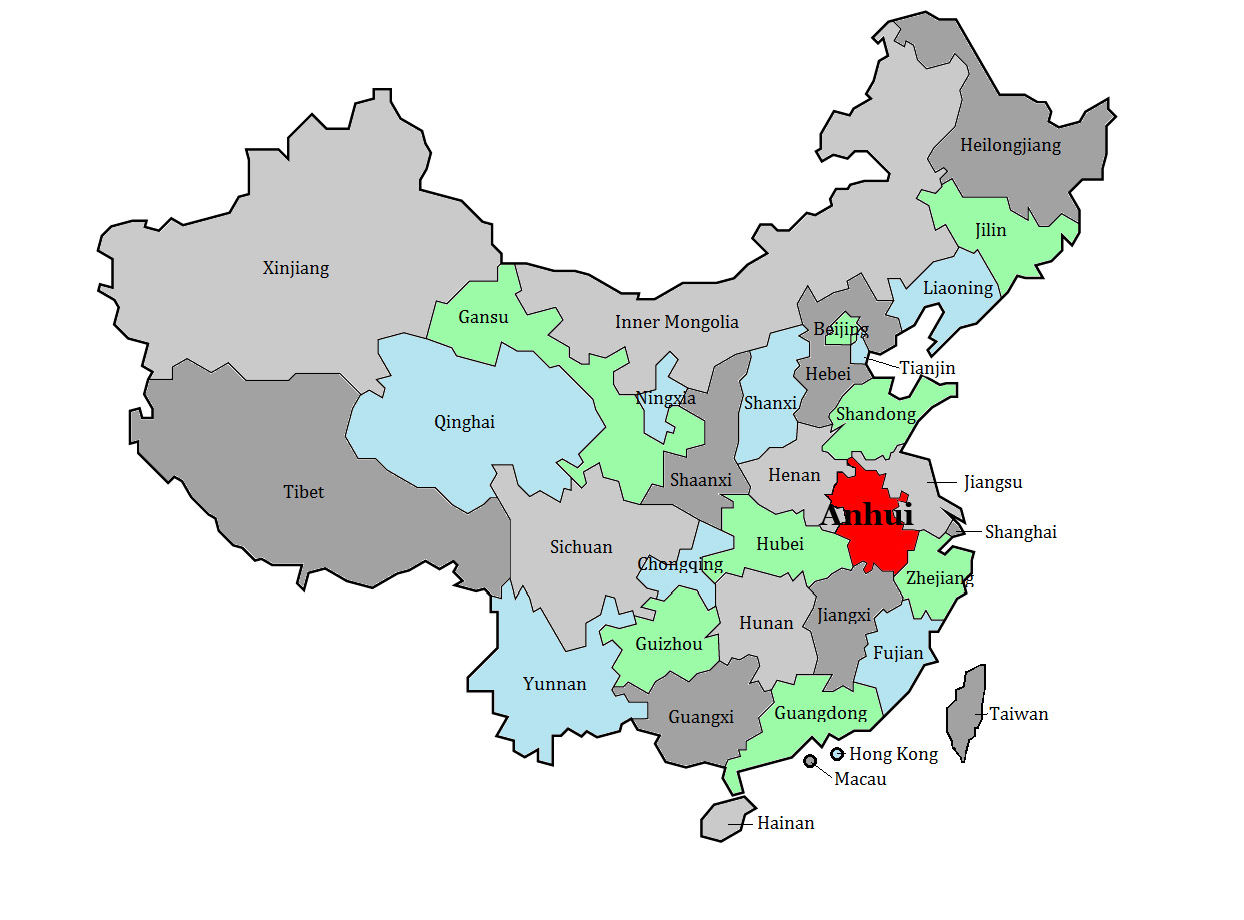 Bordered by Jiangsu to the northeast, Zhejiang to the southeast, Jiangxi to the south, and both Hubei and Henan to the West, landlocked Anhui spans a total of 139,000 square kilometers, about 8,000 square kilometers larger than the size of Greece. It is one of China’s smallest provinces. The province of Anhui was created only during the Qing Dynasty when, in 1666, the government separated Anhui from Jiangsu and joined the flat plain north of the Yangtze with the mountainous terrain of the south. 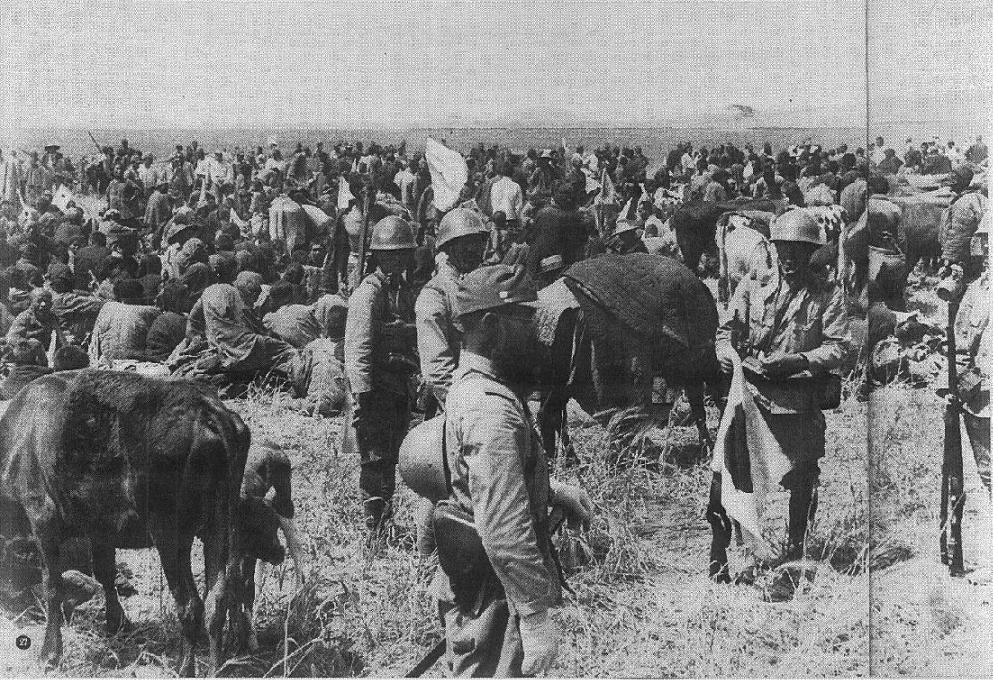 Anhui’s livelihood has often been dependent on the Yellow River. During the 1850s, because of accumulated loess-silt and poor dike maintenance, the Yellow River broke through its levees,  changing course. The  course shift had devastating consequences for northern Anhui farmers and resulted in subsequent peasant rebellions including the 1850-64 Taiping Rebellion. Yellow River waters ravaged Anhui again in 1938 when the Chinese purposefully broke the levees in an attempt to stop the Japanese during the 1937-45 Sino-Japanese War. The resulting flood inundated vast areas of Anhui and ultimately resulted in the death of 500,000-900,000 Chinese as well as an unknown number of Japanese soldiers. The flood prevented the Japanese Army from taking Zhengzhou.

In 2018, Anhui was estimated to have a population of approximately 63 million people, roughly the same as Italy. Han make up more than 99% of the total population. Up until the 7th century CE, the Hakka minority group flourished in the area, but as Han migration into Anhui increased, the Hakka moved further south into Fujian and Guangdong. Anhui’s largest ethnic minority today is the Hui, followed by the Man and the Zhuang. 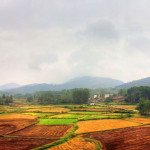 Before the 1950s, Anhui was a poor and economically backward province. Agriculture was the mainstay of its economy, but Anhui’s agriculture had low yields due to an ineffective irrigation network. Since then, irrigation and other agricultural advances have meant that many fields in southern Anhui can now produce two crops of rice a year as well as crops of vegetables, oil seeds, sweet potatoes, fibers, tobacco, mulberry leaves and tea. Anhui has been known for its tea since the 7th century, especially its Keemun (Qimen) black tea. In the north, better irrigation along with improved fertilization has increased wheat, soybean, barley, and cotton yields. Anhui is now one of China’s largest soybean producers. Anhui also raises pigs and some sheep. Fish and crabs are sourced from its abundant lakes and rivers, and aquaculture is undertaken along the Yangtze.

Anhui is favored with an abundance of mineral resources. Currently, over 135 different minerals have been identified within the province’s boundaries. Specifically, coal, iron, pyrite, copper, sulfur, limestone and alunite have be found in significant quantities.

As a result of its mineral abundance, Anhui is an important coal, iron, copper, and steel producing region, and it has the largest coal field in east China. Its most important industries include electrical equipment and machinery manufacturing, smelting and processing of ferrous and non-ferrous metals, automobiles (including Chery automobile based in WuHu), chemicals, chemical fertilizers, textiles, electronics, building materials, agricultural machinery and food-processing.

In 2017, Anhui’s tertiary industries accounted for approximately 43% of the province’s total GDP. Its tertiary industries include wholesale and retail trade, financial services, real estate and leasing and business services. Anhui received approximately $16 billion in foreign direct investment in 2017, up from $5 billion in 2010. Its largest investors included Hong Kong, Japan, and the United States. 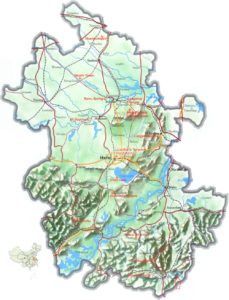 With the Yangtze and Hui Rivers traversing the province west to east, Anhui geographically is considered to be separated into three independent topographic regions: Huaibei (north of the Huai), Jianghuai (between the Yangtze and the Huai) and Jiangnan (South of the Yangtze). Huaibei consists of the expansive flat land of the north China plain. The North China Plain is one of the largest alluvial plains in China, spanning several different provinces. Northern Anhui acts as a drainage basin for the Huai River and its tributaries. This river systems travels down from the northwest to Anhui’s eastern border where it reaches Hongze Lake just over the Anhui/Jiangsu province line. 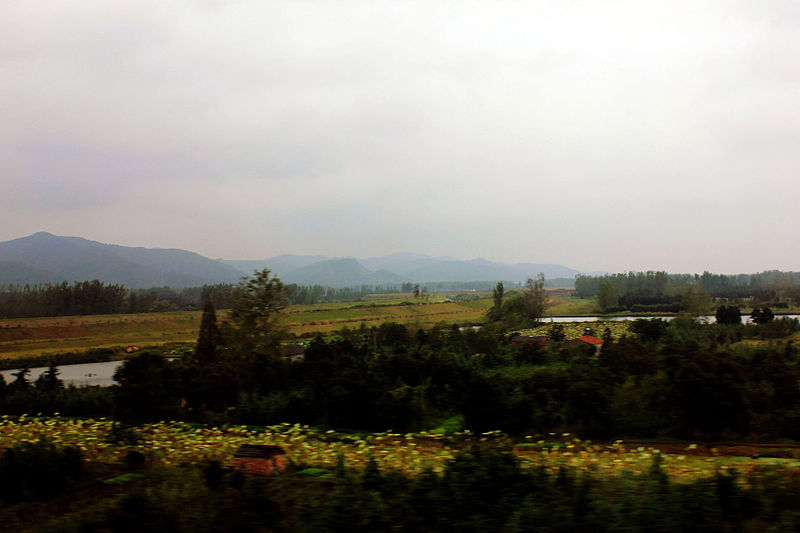 Historically, northern Anhui has been highly prone to flooding. Because of this, the Huai River was the one of the first rivers targeted to undergo significant water management after the founding of the People’s Republic of China’s in 1949. Its water management system includes dams on the upper reaches of the Huai and its tributaries, as well as hundreds of miles of dikes and irrigation and drainage canals.

Jianghuai and Jiangnan are characterized primarily of undulating hills. Several west-east mountain ranges separate the northern plain from southern Anhui. These ranges include the Dabie Mountains – an eastern extension of the Qin range, and the Baiji and Huang mountains which traverse south of the Yangtze. The Huang Mountains, reaching a height of 1,800 meters, are a favorite of poets and artists because of their distinctive shapes and abundant vegetation. They are also popular with tourists. The Huayang Mountains which run northeast from the Dabie range to Hongze Lake divide the Huai and Yangtze river basins. All these mountain ranges make southern Anhui much hillier compared with the flat plain of the north. The Yangtze plain is dotted with lakes which merge with the river during floods, increasing the width of the river to as much as 8 km in some places.

Interesting Aspects for the Traveler 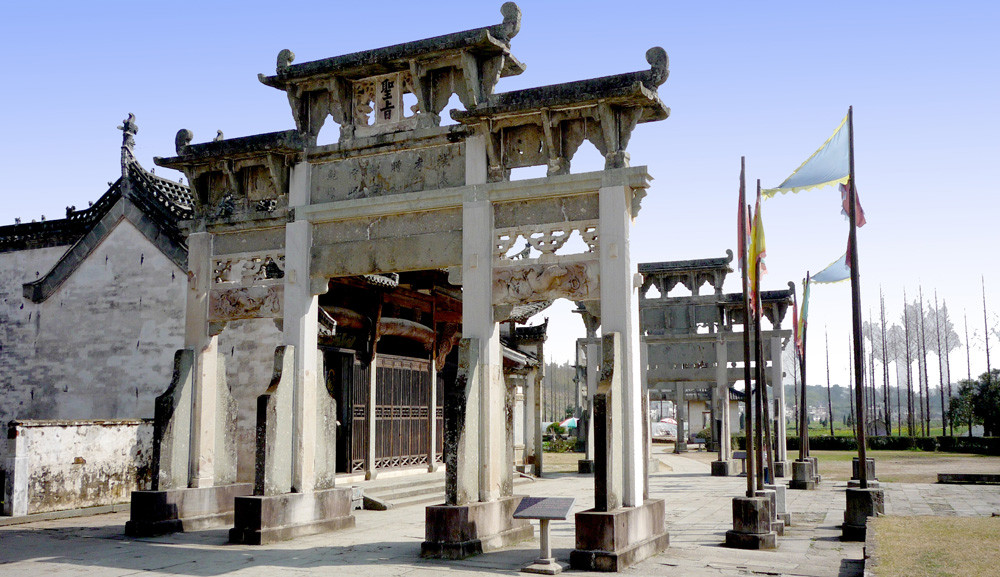 Anhui’s main sights lie in the south. A good place to start is the town of Tunxi or Huangshan. The town itself offers few sites  of interest except for souvenir-lined Lao Jie or Old Street at the end of which is the Wancuilou Museum displaying a collection of private antiques. That said, the town makes a good base for trips to Huangshan (Yellow Mountain) and the Huizhou villages. The Huangshan’s granite peaks come in distinctive shapes and are blanketed with pines. As it can rain as many as 200 days on top of the mountains, the peaks are often enshrouded in mist. The peaks offer many excellent hikes. Also around Tunxi are Anhui’s distinctive Huizhou villages built from money sent home by merchants selling tea, lumber and salt throughout the Chinese empire during the Ming and Qing Dynasties. These often lavish merchant homes are frequently nestled in forests of pine and bamboo. 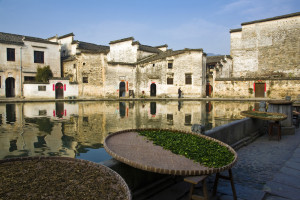 Two of the most picturesque of these villages are Xidi and Hongcun. Other villages of note include Tachuan, Nanping, Guanlu, Chengkan, Tangmo, Shexian and Yuliang. Much of the architecture of these villages is defined by white washed walls roofed with dark tiles. The architecture is also characterized by decorative arches, high windows and carved wooden screens. Also around Tunxi is Qiyun Mountain, revered by Daoists who still tend the shrines housed in caves cut into its sides. The mountain has good trails traversing it. Further north of Tunxi is Jiuhua Mountain, believed by Buddhists to be the home of the Bodhisattva Dizang, Lord of the Underworld, when he spends time on Earth. The mountain is often enshrined in mist giving it an unreal feel. It is a pilgrimage spot for devout Buddhists who come to pray for the deceased or to visit its many temples. Although lacking in sights, Hefei, which is Anhui’s capital, has good markets, parks and lakes. It makes a good place from which to further explore the province.