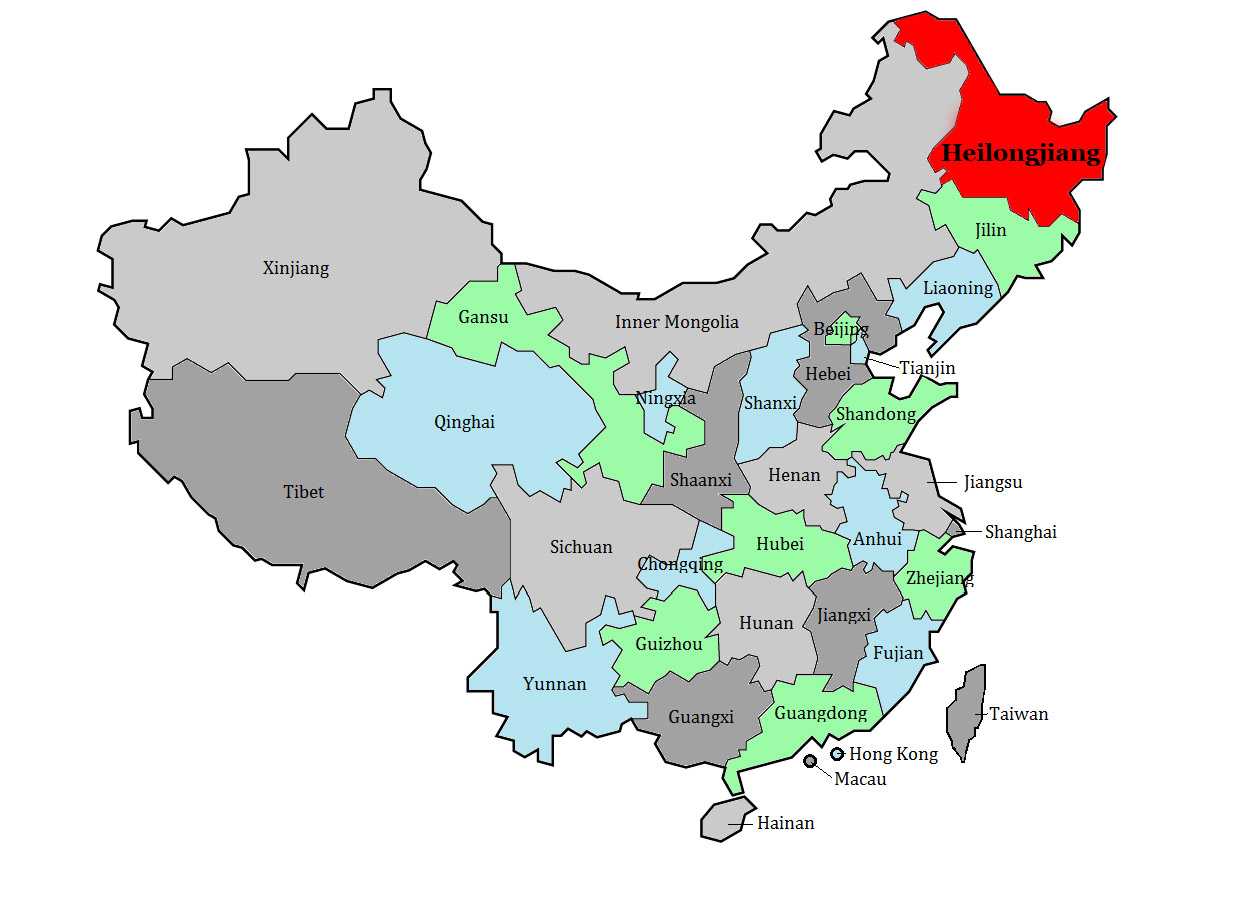 Heilongjiang is China’s northernmost province. It is bounded by Russia to the north and east, by Jilin to the south, and by the Inner Mongolia Autonomous Region to the west. Its name comes from the Heilong Jiang – Black Dragon River- the Chinese name for the Amur. The Amur River runs along the border between China and Russia. Heilongjiang contains China’s northernmost and easternmost points.

Slightly larger than Sweden at an area of 463,600 square km, Heilongjiang covers 60% of what was formerly Manchuria, the historical name given to what are now the provinces of Heilongjiang, Jilin and Liaoning. This region was the traditional home to the Buyeo, Mohe, Khitan, Jurchen, Manchu and other nomadic people who for millennia followed a largely unchanging life as fishers, hunters and herders. As such, literate civilization was slow to arrive in the area and its early history was poorly recorded. It is known that, between the 7th century and 10th century, large parts of Heilongjiang were ruled by the kingdom of Balhae, a mixed ethnic Korean and Mohe kingdom ruling northern Korea and Manchuria. Many scholars consider the Mohe to be the ancestors of the Jurchens and modern-day Manchus. 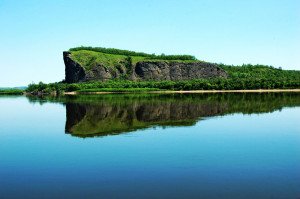 In the early 12th century the Jurchen people formed the Jin Dynasty (1115–1234), which went on to control parts of Northern China and Mongolia after a series of successful military campaigns that first led to their domination of Manchuria. After periods of waxing and waning dominance, Jurchen power again began to rise in the 1580s, when it took control of most of Manchuria founding the Later Jin Dynasty. In the mid-1600s, after Beijing was sacked by peasant rebels, the Jurchens, now called the Manchus, took advantage of the unrest to conquer all of China, forming the Qing Dynasty (1644–1911) which was China’s last period of imperial reign.

To counter growing Russian influence in the region, by the 1850s, Manchu Qing leaders began allowing the establishment of Han farms on what was traditionally Manchu pastoral ground. By the early twentieth century, this policy of Han settlement led to the Han becoming Heilongjiang’s dominant ethnic group.

Japan replaced Russian influence in southern Manchuria as a result of its victory in the 1904–1905 Russo-Japanese War. Most of the southern branch of the Chinese Eastern Railway was transferred from Russia to Japan. Manchuria was rich in mineral and coal reserves, and its soil is well-suited to soy and barley production. For pre–World War II Japan, Manchuria was a vital source of raw materials. By 1931, Japan had invaded Manchuria outright, declaring the independent state of Manchukuo with the deposed Qing emperor Puyi as puppet. Japan then used Manchukuo a base to invade the rest of China. 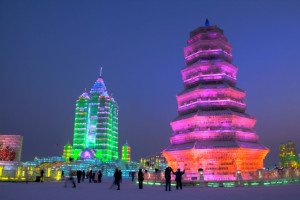 After the 1945 atomic bombing of Hiroshima, the Soviet Union invaded Manchukuo as part of its declaration of war against Japan, but later ceded the ground to the Chinese Communists that fought against the Nationalists for control of the area during the Chinese Civil War. The Communists won, and Heilongjiang became the first province to be completely controlled by the Communists. Heilongjiang then acted as a Communist staging ground for the fight to control the rest of the country.

After the Sino-Soviet rift in 1960, several armed clashes along the Sino-Russian border ensued as the result of land disputes. Although military conflict subsided, the land dispute remained unresolved until 2005 when it was settled through agreements signed by China and Russia. 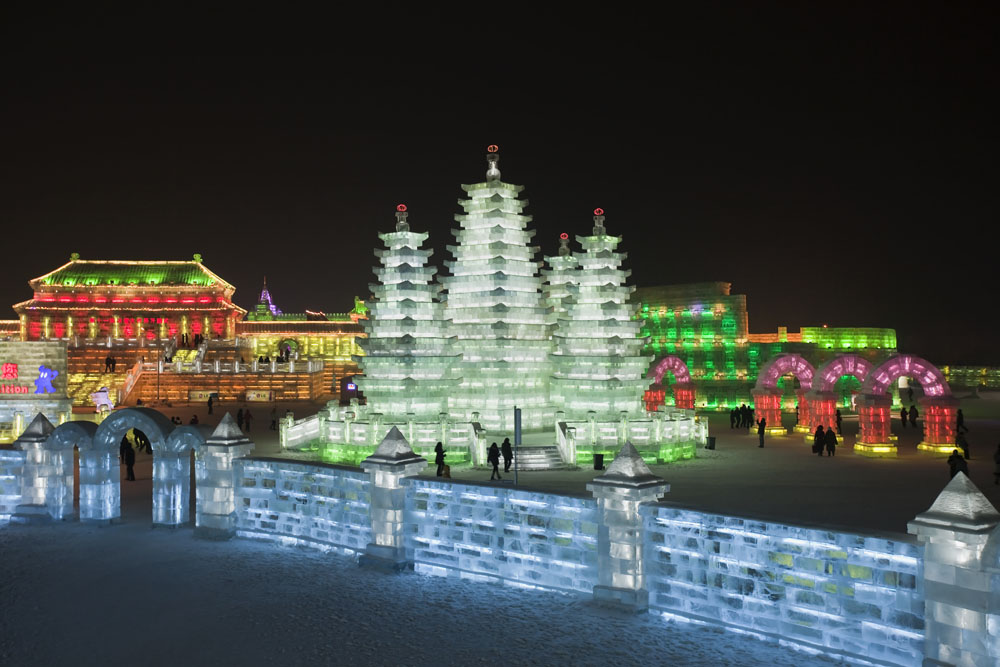 Heilongjiang has a population of approximately 38 million people, making it China’s 17th most populous region. 95% of Heilongjiang’s residents are Han. Other ethnicities include the Manchus, Koreans, Mongols, Hui, Daur, Xibe, Oroqin, Hezhen and Russians. The Manchu form the largest minority group and live primarily in southern Heilongjiang. Most have been culturally integrated into the Han majority and there is much intermarriage between the two groups. Over 50% of its population live in its major cities including Harbin, Daqing, Qiqihar, Mudanjiang, Jiamusi, Jixi, Shuangyashan, Hegang, Qitaihe, Yichun and Heihe. Harbin, Heilongjiang’s capital, has over 10 million residents. 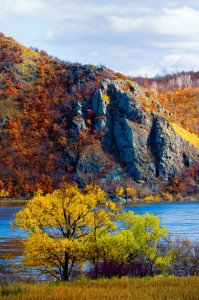 Agriculture continues to remain an important part of Heilongjiang’s economy. Heilongjiang has a total farmland area of 11.5 million hectares, making it one of China’s most important grain producing regions. Important crops include sugar beets, soybeans, corn, wheat, rice, millet, sorghum, flax, and sunflowers. Unlike most of China, farming in Heilongjiang is highly mechanized and requires little irrigation. Additionally, the province has 4.3 million hectares of grassland which supports a significant animal husbandry sector. Heilongjiang raises large herds of cows and horses as well as some sheep, pigs and other livestock. The province is one of China’s biggest diary centers. The Sungari River is an important freshwater fishery that is home to salmon and sturgeon among other fish. Aquaculture centered on Jingpo Lake, Lake Khanka and the Five Lotus Lakes is an important source of fish production. Heilongjiang is also a major timber producer, especially pine and larch lumber harvested from the Daxingan and Xiaoxingan Mountains. 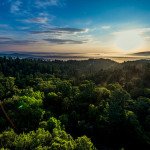 Heilongjiang is also rich in significant mineral deposits including gold, graphite, silver, copper, lead, aluminum, tungsten, zinc, molybdenum, imports, marble and mica. The province is China’s largest producer pf crude oil. These reserves are extracted from the Daqing Oilfield, one of the oldest and largest oilfields in China.

As China develops its “One Belt, One Road” new Silk Road Economic Belt Initiative, the government is positioning the province to be a key node on the northern route while strengthening its economic ties with Russia. Tourism is also an important economic generator for the province, and the province has seen its tourist receipts rise steadily over the last several years.

In 2017, Heilongjiang received $5.8 billion in foreign direct investment. Hong Kong was the province’s largest investor followed by the United States and Malaysia. 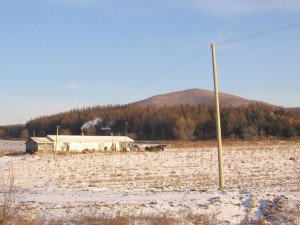 Heilongjiang’s large, farmland-rich interior plain is surrounded on the north, east and south by mountains including the Greater Khingan Range, Lesser Khingan Range, Zhangguangcai Mountains, Laoye Mountains and Wanda Mountains. These hills and mountains cover approximately 70% of the province’s land ranging in height from 300 to 1780 above sea level. The mountains only exceed 1,000 meters mainly in the southeast and northwest of the province. Heilongjiang’s highest peak is 1690-meter Mount Datudingzi located in the south. Heilongjiang’s Greater Khingan Mountains hold one of China’s largest remaining areas of untouched forest.

Heilongjiang’s longest river, Amur or Heilongjiang River, runs along the Sino-Russian border for 1,900 km. The province’s winters are long and bitter. In the frigid cold of its northern environment, the river begins icing over in mid-October, is solid ice by mid-November, and is not completely thawed until May. The Amur’s most important tributary is the Songhua River which flows through the heart of the province. Muling, Naoli, Nen and Mudan Rivers also course through the province’s interiors and are all also tributaries of the Amur Basin. The Ussuri River follows the Sino-Russian boundary on the east, flowing along a north-south valley between mountains. Through a tributary, it eventually links with Lake Khanka or Xingkai Hu, East Asia’s biggest freshwater lake. The lake is located on the border with Russia. Only about 25% falls within the province.

Heilongjiang Province is sub-Arctic in climate. The winters are long and cold while Summers are short and cool. That said, the mild summers with plentiful rain make for good harvests. 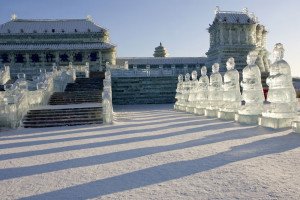 For skiers, Heilongjiang’s Yabuli Ski Resort – the training base for the Chinese ski team – offers a wide variety of terrain and a good four star lodge.

The city of Mudanjiang, in Heilongjiang’s northeast, is close to the 5000 year old Jingpo Hu Lake which is known for its highly picturesque reflections of the surrounding forest in its clear waters. In summer it is good for kayaking and hiking. Close by are the Diaoshuilou Waterfall-most spectacular during the spring runoff, and the Underground Forest – forest growing in the middle of volcanic craters.

The Wudalian Chi Nature Reserve, located in Heilongjiang’s northwest, is another opportunity to enjoy the provinces stunning landscapes. Formed by volcanic eruptions, the last of which occurred in 1720, the Reserve is filled with lava fields, rivers of basalt and pristine lakes. 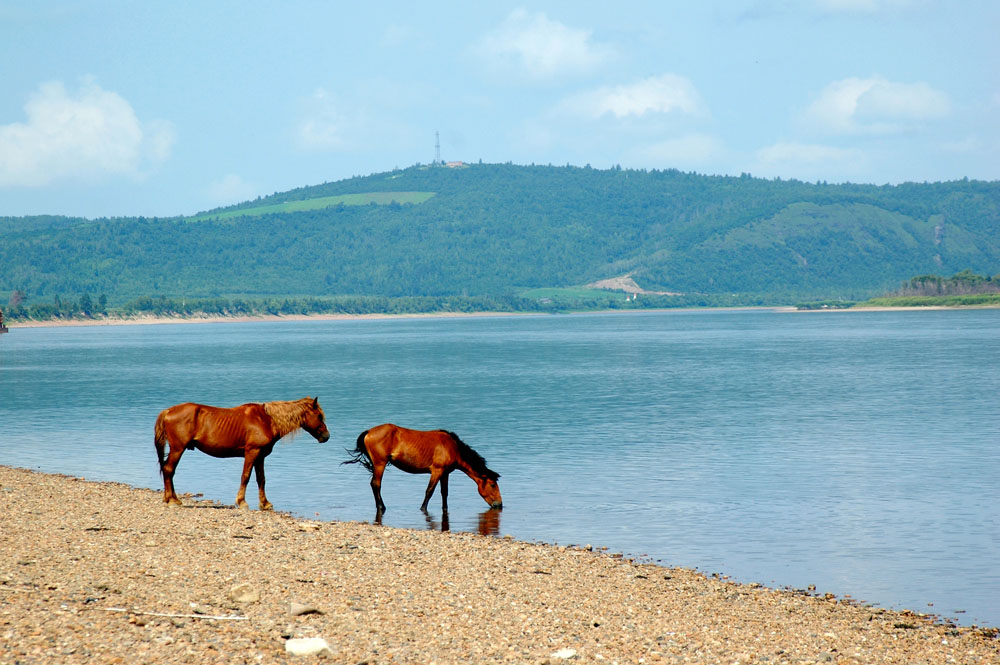 Northeastern Heilongjiang is also home to several nature reserves established as sanctuaries to protect China’s endangered cranes including the Zhalong, Xinghai, Horqin and Momoge National Reserves. Within their protected areas, hundreds of birds can be spotted in addition to the (sometimes elusive) red-crowned crane, the white-naped crane, the Siberian Crane and the hooded crane.

At Heilongjiang’s northern tip is the town of Mohe; its Russian influence is very much present in its architecture. In June, the sun is visible 22 hours a day and the Northern lights can be seen. This is celebrated in Mohe’s Festival of Aurora Borelais. Further north still is the recreation village of Beijicun – translated as North Pole Village – situated on the bank of the Amur River separating China from Russia.