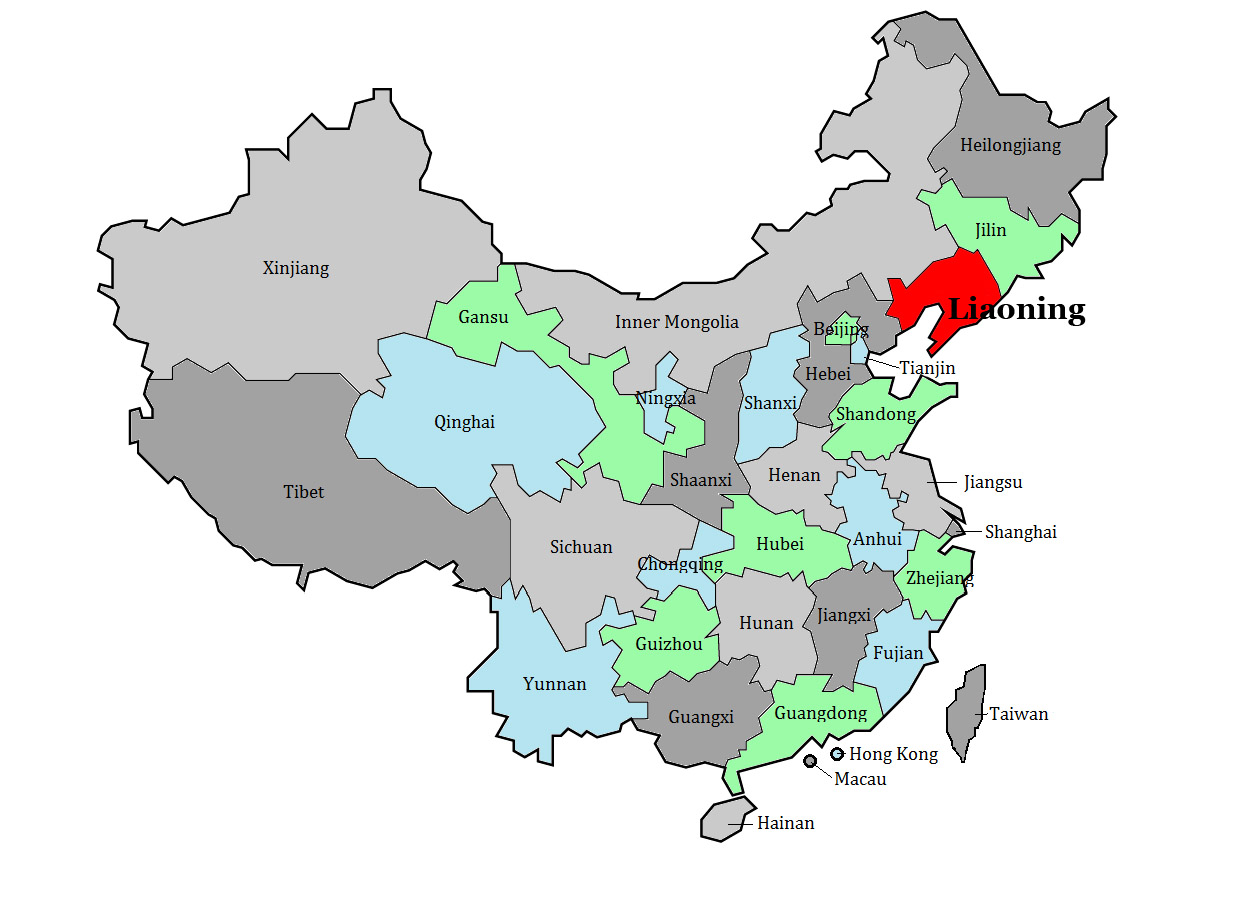 Liaoning is located in China’s northeast. The northeast – formerly Manchuria – is comprised of Heilongjiang, Liaoning and Jilin provinces.  Liaoning is bordered to the east by North Korea, to the south by the Yellow Sea, to the southwest by Hebei, and to the northwest by the Inner Mongolia Autonomous Region. Liaoning takes its name from the Liao River which flows through the province’s center. At 151,000 km2, Liaoning is slightly bigger than Bangladesh and Nepal. Liaoning did not acquire its modern boundaries until 1955, when the two smaller provinces of Liaodong and Liaoxi, and the five cities of Shenyang, Luda, Anshan, Fushun and Benxi were all joined together.

Liaoning has been ruled by various people over many centuries including Korean kingdoms, northern tribes and Chinese imperial courts. Liaoning was first part of the Chinese empire during the Qin Dynasty (221-206 BCE). By the 10th century, however, the Khitan people wrested control of the area away from the Chinese. In the 12th century, the northern Jurchen people conquered the Khitans. By the 13th century, Ghengis Khan proceeded to overthrow the Jurchens before his Mongols went on to conquer all of China establishing the Yuan Dynasty in China from 1279–1368. During the Yuan Dynasty, Liaoning once again fell under Chinese imperial court jurisdiction, even if that Chinese court was Mongol-ruled. 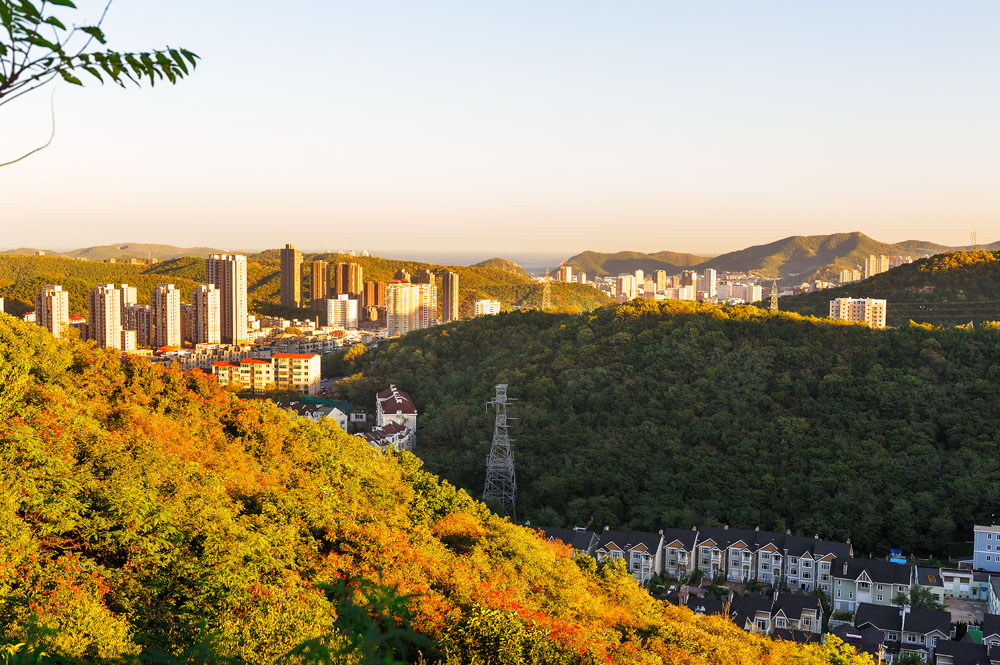 When the Yuan Dynasty fell, the Han pushed the Mongols out of China to form the Ming Dynasty. It took the Ming court three years to re-establish imperial control over Liaoning. Fears of renewed northern tribal attacks persisted, however, so by the mid-1400s, the Ming court ordered that defensive wall to be built across Liaoning’s northern frontier.  Despite the wall, Liaoning was captured by the Jurchens – now called the Manchus – in the early 1600s. Four decades later, the Manchus took the rest of China, and founded the Qing Dynasty. The fighting during the Manchu conquest resulted in the destruction of many of Liaoning’s towns and villages, and in its heavy depopulation.

As a result of this depopulation, the Qing imperial court encouraged Han settlement into Liaoning. Many of these settlers originated from Shandong province. Today, a majority of Liaoning’s Han population can trace their ancestry back to this time. In order to prevent the Han settlers from moving out of Liaoning and further into Manchuria and traditional Manchu homelands, the Qing court constructed the Willow Palisade – a network of ditches and embankments planted with willows. By the 19th century, however, as Russian influence in Manchuria began to increase, restrictions on Han settlement in northern Manchuria were slowly abandoned. The Han are now the largest ethnic group in all of former Manchuria. 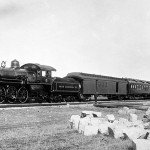 By the early 1900s, Japan began to compete with Russia for influence in the area. By 1904 their rival imperial ambitions in Manchuria and Korea clashed, and by 1904-1905, the Russo-Japanese War exploded. Many of the key battles of the war occurred in Liaoning including the Battle of Mukden – the largest land battle in the world to date – where 330,000 Russians were pitted against 270,000 Japanese, resulting in 89,000 Russian and 71,000 Japanese casualties. Russia’s unexpected defeat caused Russia to cede the South Manchurian railway and Port Arthur to Japan. From that time forward, Japan strengthened its hold on Liaoning both through economic expansion and through growing the military presence of its Kwantung Army which operated in the area on a semi-autonomous basis from the main Japanese military.

By 1928 it was the Kwantung’s army’s objective to take Manchuria for Japan.  Manchuria was considered by many Japanese as theirs by right due to the tens of thousands of Japanese that had died there during the Russo-Japanese War. The Japanese also viewed Manchuria’s natural resources and agricultural land as a key to Japan’s future expansion. As a result, in 1931, the Kwantung Army fabricated an explosion on the Southern Manchurian Railway – the Mukden Incident (also known as the Shenyang Incident). Japan used the Mukden Incident as an excuse to conquer all of Manchuria which it renamed Manchukuo. From 1932 to 1945,

Liaoning became part of this puppet state. During this period, Japan invested heavily in Liaoning’s industrial development so it could leverage it to fight its war in China and the Pacific. 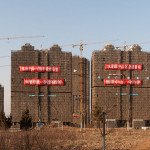 After the 1945 atomic bombing of Hiroshima, the Soviet Union invaded Manchukuo as part of its declaration of war against Japan, but later ceded the ground to the Chinese communists who fought against the Kuomintang for control of the area during the Chinese Civil War. The Soviets did, however, retain residual rights to naval facilities at Port Arthur and to the South Manchurian Railway. These rights were given up in 1955.

Since the 1990s, however, as China more fully integrated into the capitalist markets, these inefficient, state-run communist industrial concerns have been forced to close factories, streamline operations and lay off thousands of workers, causing hardship in many of Liaoning’s communities. Today, parts of China’s northeast are often referred to as China’s rust belt. In 2003, Beijing launched a ‘Revitalize the Northeast’ campaign to try and modernize Liaoning, Jilin and Heilongjiang by stimulating the development of alternative industries and income sources. It has poured massive investment into the area. 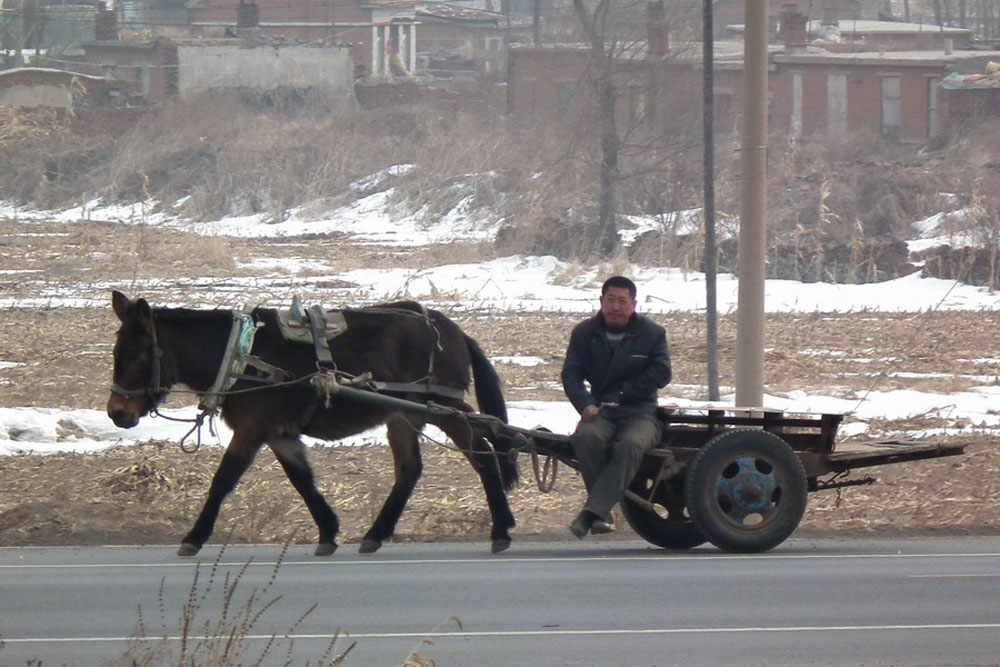 In 2018, Liaoning has a population of approximately 44 million people, making it China’s 14th most populous region. About 84% of its residents are Han. At about 5.4 million people, the Manchus form the next largest ethnic group followed by Mongols, Hui, Koreans and Xibe. Most of the Manchu people live in the eastern part of the province in six Manchu Autonomous counties. Most of Liaoning’s Mongols live on the border with the Inner Mongolia Autonomous Region.  The Hui tend to reside in communities throughout the province whereas the Koreans tend to congregate near the Sino-Korean border. It is estimated that about 64% of Liaoning’s residents now live in cities or towns. Its capital, Shenyang, has a population of 5.3 million people. 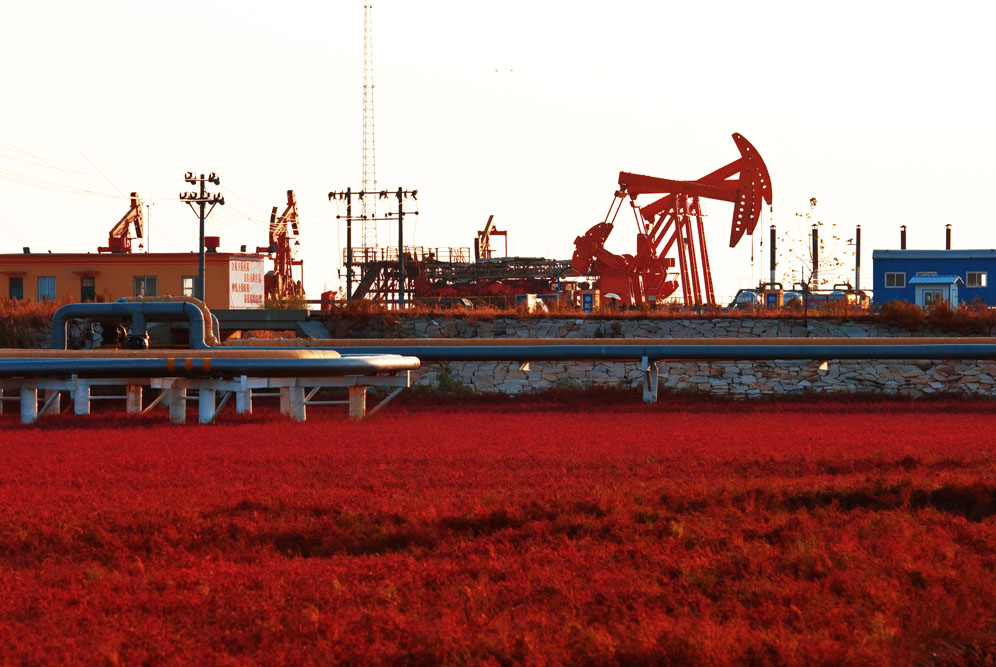 Because of Liaoning’s northern location, its agricultural season is short. That said, Liaoning makes good use of what time it has. The province has a relatively high level of farm mechanization, irrigation and chemical fertilization compared to the rest of China. Liaoning’s main crops include corn, sorghum, soybeans, millet, peanuts, sugar beets, cotton, tobacco and vegetables. Liaoning is also a large fruit producer especially apples, peaches, plums and apricots. Liaoning additionally grows chestnut-leaved oaks which support its large tussah silk industry. 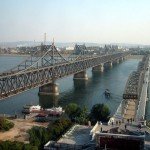 Liaoning has important supplies of mineral resources including iron ore, coal, manganese ore, boron, lead, zinc, molybdenum, magnesite, bauxite, boron, gold, diamonds and sea salt. Liaoning produces petroleum from its oil shale deposits, from oil taken from its Liaohe oil field and from coal in the form of synthetic petroleum. It also has some natural gas reserves. Liaoning generates a significant supply of electrical power both from coal-fired thermal plants and increasingly from hydroelectricity. Liaoning exports its excess electrical capacity to neighboring provinces.

As China’s transition to a market economy gained steam in the late 1990s, much of Liaoning’s state-owned industrial complex was restructured, causing almost 500 firms to go bankrupt and an estimated 3 million people to lose their jobs. Since then, Liaoning has worked to revitalize the economy through the creation of industrial development free trade zones. These zones focus on the production of instruments, bio-pharmacy, electronics, new materials production, auto and auto parts manufacturing, electronics, precision machinery, new materials, fine chemicals, electronic information, biological engineering, energy saving and environmental protection equipment, telecommunications equipment and home appliances. The province also engages in the smelting and pressing of metals, petrochemical production, coking and nuclear fuel, automotive manufacturing and machinery manufacturing. Its light industries include the processing of farm products, food and beverages and tobacco. State-owned and state-holding enterprises generated approximately 49% of the province’s gross industrial output in 2017. 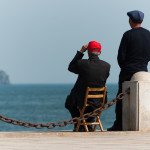 Its port Dalian, at the tip of the Liaodong Peninsula, is China’s northernmost warm water harbor and the best port in the northeast. In 1950, Dalian merged with nearby Lushun, historically referred to as Port Arthur, to form the city of Luda which was renamed Dalian in 1981. Since the 1990s, Dalian has expanded to become a major international trading port. It is also an important center for shipbuilding and locomotive production. Dandong and Yingkou are also major Liaoning ports and economic gateways to the northeast.

Liaoning’s tertiary business has also grown significantly in the last decade. Since 2008, it has accounted for about a third of total GDP. In terms of direct foreign investment, Hong Kong, Japan, Germany and Singapore were the largest sources of Liaoning’s outside capital, with much of that investment targeting Dalian and Shenyang. 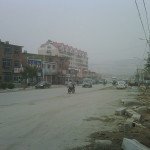 The east and south of the central plain are blanketed by the Changbai Shan and Qianshan ranges which extend down the Liaodong Peninsula into the sea. The coastline along the peninsula is rocky. In total, Liaoning’s coastline is 2,178 kilometers long – almost 12 percent of China’s total shoreline.

The highlands of the Nulu’erhu Mountains cover most of Liaoning’s northwestern arm. The highlands roughly track the border between Liaoning and Inner Mongolia. They are part of the western fringe of the Mongolian Plateau and reach elevations averaging 450 meters. Where the mountains meet the coast along the Liaodong Bay, one of the three bays of the Bohai Sea, they are cut by many valleys formed by fast-flowing rivers. In total, Liaoning has some 392 rivers running a total length of 160,000 kilometers within the province. 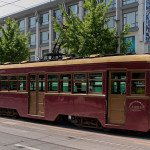 Liaoning’s capital Shenyang offers several interesting sites among its sprawling industrial setting. Before the Manchus conquered China and formed the Qing Dynasty, Shenyang was the capital of the Manchu empire. Its Imperial Palace, built between 1625 and 1636, became the secondary capital of the Qing Dynasty once the Manchu court moved to Beijing. The Imperial Palace houses 114 buildings, some of which are still closed to the public. Of note are Dazheng and Chongzheng Halls.

The Palace is situated in the oldest part of the city. North Tomb is an extensive tomb complex in which is buried Huang Taiji, founder of the Qing Dynasty. Distinctive animal statues show the way up to the Luminous Tomb. The North Tomb is close to Bei Ling Park which houses sweet scented pine trees and a large lake. The Liaoning Provincial Museum showcases the province’s art and history from the prehistoric to the Qing Dynasty. The 18th September Museum records the Mukden Incident – an explosion staged by the Japanese as a pretext for attacking Manchuria – and Japan’s subsequent invasion. 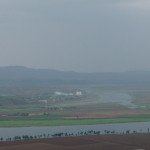 The Museum showcases the war from the Korean and Chinese perspectives. It is possible to visit North Korean restaurants in the town, though they can be wary of westerners. Dandong is also home to the eastern-most point of the Great Wall at Hushan (Tiger Mountain), though the connection from here to the rest of the wall has long since been cut. The section was restored in the 1990s and tourists can look into North Korea from the top of the wall, where a commune exists within easy viewing distance (particularly if one hires a pair of binoculars from enterprising locals).

Xingcheng, situated on the northwestern coastline of Liaodong Bay, is a Ming Dynasty-era village complete with intact walls surrounded by an otherwise growing and modern metropolis. Circumnavigating the walls takes about an hour. The walls are breached by four gates that allow access inside the old city. Of interest in the Old City are the Drum Tower, an ancient watchtower; the Gao House, the former home of General Gao Rulian; and a 1430 Confucian Temple in the back of which sits a small Dinosaur Museum. Xingcheng’s sandy beaches are lapped by the calm waters.